It seems that you just can’t meet the rigorous standards of former House Speaker Newt Gingrich, even when you take personal initiative by following his social teachings to the letter and try your hardest to enter the mainstream, support family values, and take action against a welfare system that he says corrupts humanity.

At least that’s the conclusion to be drawn from a recent case in Illinois, where a self-reliant young couple was apparently so eager to start up a family and rescue a baby from the welfare system that they cut it out of its single welfare mother’s womb and killed two of her children. Instead of praising them for carrying out his social programs, Gingrich criticized their action, saying that they represented “the final culmination (sic) of a drug-addicted underclass with no sense of humanity, no sense of civilization, and no sense of the rules of life in which human beings respect each other.” He went on to blame the “welfare state” for the “moral decay” that led to the action.

Whether or not the couple was directly influenced by Gingrich’s promotion of family values and his steadfast opposition to single mothers, their actions were certainly consistent with his teachings. They must have shared Gingrich’s opinion that a single woman was not fit to be a mother, and that for proper moral formation the child needed a solid, two-parent, nuclear-family home. Moreover, since this woman was on welfare, they might also have felt that they were striking a direct blow against the welfare system by removing another recipient from it.

The killing of the two children was also consistent with Gingrich’s welfare ideas. They would only have lingered on at the public expense until Gingrich and his conservative allies had eliminated most forms of state aid to children, be it food, housing, education, or medical care, at which point their chances of survival would have been drastically reduced anyway. Even if they had managed to survive, by Gingrich’s logic these children were already so corrupted by their single, welfare-dependent mother that it was only a matter of time before they would commit some crime that would lead them to the death penalty anyway. So in a very real sense, the couple was merely administrating in advance the harsher punishment of criminals that Gingrich and his allies have so uncompromisingly advocated. They were taking personal responsibility for execution rather than insisting that the taxpayers bear the burden. This is totally consistent with Gingrich’s philosophy of taking personal responsibility and getting the state out of those areas that can be handled through individual initiative and private enterprise. Gingrich, who represents a state that once enjoyed a low-cost, effective, privatized justice-administration system known as lynching, should of all people appreciate their approach.

There is another aspect to this case that is totally aligned with Gingrich’s philosophy, namely that of taking personal responsibility. The young man who assisted the couple in saving the baby from permanent welfare dependency was actually the father of the child. Unlike the thousands of men who provide no financial or emotional support for the children they beget, this young gentleman was so concerned for his child that he took steps to guarantee its stable future even before it was born, helping remove it from the mother and deliver it into secure hands before there was the slightest chance that she could corrupt it with her moral decay. What more could one ask?

What does Gingrich and friends want? Here was Operation Rescue and the Christian Right in their finest hour and he’s still complaining. With a set of welfare problems eliminated, an unborn child saved and placed in a family, assisted by a father completely willing to take responsibility, what’s to whine about? Does Gingrich fear the triumph of his own philosophy? Is he uncomfortable with success?

Let’s ask him. Send him this article, with a letter, and ask him why he had such a problem with the ad hoc Operation Rescue in Illinois. Tell him that because you share his profound respect for life and morality, it is urgent that he explain his negative reactions.

This column was penned in 1998 — or thereabouts 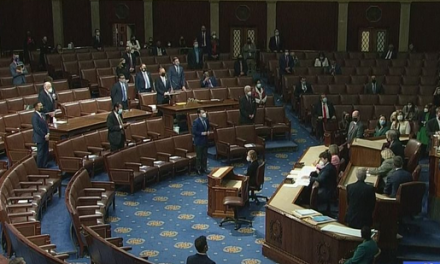 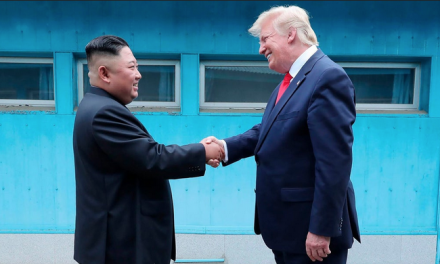