Salvador Murillo enters a room like a doctor visiting a patient: he smiles then carefully removes a pressed gray suit jacket, dressing a coat hanger with ceremony.

One gets the sense Murillo prepares for a trip to the market with the same attention to detail most reserve for weddings. He is old school, the consummate grandfather.

Murillo’s heart beats with the passion of a crusader — and with good reason: he was born and raised in the tradition of the Mexican revolution. He sees the world through the eyes of an organizer.

A highly respected leader, especially in west Berkeley, Murillo serves as a student services specialist for the Berkeley Unified School District where he is a youth advocate. Yet his involvement with community groups, projects and foundations reads like an endorsement list for a mayoral candidate. But Murillo’s true calling is as a son of the working class. “I was working one day out in the hot sun picking cotton,” he said. “I was just a kid. But I said to myself, if I ever have a chance to help people doing this type of work, I will.”

Later in life Murillo had an opportunity to fulfill his vow. He volunteered to help the United Farm Workers Union organize in the fields. Part of his duties included providing security for Cesar Chavez and Dolores Huerta. “I did a lot of that back then for the union, though I have poor vision,” he laughed. “But the other side didn’t know.”

Murillo’s grandfather, Victoriano , was a labor organizer in Mexico back in the 1910s. “He was arrested by the federales for organizing peasants in Jalisco into a co-operative,” Murillo said. That angered the owners of the big ranches and the merchants in town that bought beans and rice from the campesinos.

The federales stormed into Victoriano’s house one day and took him into custody by using what was called la cuerda — a rope they wrapped around his neck. The federales bound several men together, their hands tied behind their backs, and forced them to follow along behind a horse, often marching along dusty roads for miles.

“They told my grandfather he had two choices : join the army or get shot —‘while tying to escape,’” Murillo said. “So he joined the army. My father and mother and grandmother never saw him again.”

During the Mexican Revolution tens of thousands of people put their necks on the line, including some of the most famous rebels in history. In the north, Pancho Villa made revolution and encountered many powerful foes, including North American military forces led by US. General John “Black Jack” Pershing. In the south Emiliano Zapata, perhaps the greatest of all Mexican leaders, also led peasants and other poor people in the long battle for independence. Both Zapata and Villa were eventually assassinated by US agents.

MURILLO WAS BORN in 1933, in the little town of Colotlán, Mexico . “My parents were U.S. citizens,” Murillo said, “and lived in Arizona during and after the Mexican Revolution. They were born in Lawrencia, a mining town there .” But when the Great Depression struck, his folks — and thousands of other US citizens of Mexican descent — were forced to move to Mexico.

“Over 450,000 Mexicans were deported during that time,” Murillo said. “It was called the repatriation. But it was deportation.

“At that time, my father was a labor organizer in the mines of La Esperanza and Bisby. They were trying to organize the union because there were two wages — one for the Mexican-Americans and one for Anglos. A lot of people that were very active organizing were arrested and deported.”

“The Wobblies (International Workers of the World) were helping us then ,” Murillo added with enthusiasm. “They were teaching us how to organize. They were very instrumental in bringing in a lot of the benefits to some of the workers. But mining companies didn’t buy that, and they came down on us very hard. So my parents were deported.”

After the Depression the Murillo family moved back to Arizona. In 1949, Murillo and his father Celio made their way to the Bay Area. They soon found jobs in a foundry and sent for the rest of the family. Murillo was 16 years old.

Celio died at the age of 50. Following his father’s footsteps, Murillo became involved in union activities and helped to organize the Stationary Engineers Local 39. Yet it was tough for Murillo to make a living. “I used to get into a lot of trouble,” he explained. “Wherever I worked I was pro-union. And I’d get fired, you know.
“My mother did not appreciate me getting involved in labor organizing. She told me,’Look what happened to your father. He always wound up in jail. Look what happened to your grandfather. He always ended up in jail.’”

Murillo himself spent some time in jail. But he had good company, jailed along with Cesar Chavez, Father Bill O’Donnell, and thousands of others committed to la causa during Farmworker organizing campaigns.

The Murillo family paid a price for his work and suffered some tough times. It was not easy to provide for a family living that kind of life.

At one point while helping to organize a union in the Bay Area, Murillo said he asked an official for a job.
“But the message the official got was that I was looking for a job with the executive board as a business agent. And he said,
‘Well I tell you, you are a good organizer, but because of your accent, it’s very hard.'”

“What about my accent?” Murillo asked.

“Oh well, you have the Spanish accent,” he said.

“I said ‘well Kennedy has an accent, too.”

“‘But Kennedy was the president,’ he said.

“So? It’s hard for me to believe you cannot find me a job as a janitor or whatever, you know? I ask for work but you think I’m going to take your job.”

After many years of struggling, the activist’s wife and mother grew tired and began to remind him “over and over” that he was always helping other people. “You’re helping people get an education,” Murillo recollected them saying. “How about you?” So he went to school, first at the old Merritt College, then the University of San Francisco. Though it took him “twice as long” to advance than other people he knew (he worked full time and continued to organize while in school) Murillo plowed ahead at USF until he earned his doctorate. And he eventually got a job working for the City of Berkeley.

Murillo continues to fight for Latinos and working people. And though employed by the school district, he is critical of the city and believes many local politicians do not give working folks a break.

“I think the city of Berkeley needs to make certain that the working class is not left out of the benefits others receive” he said. “The working individual needs to have a break. Because they work and make a little extra money, they don’t qualify for programs that are provided to others. And they can’t afford the things that people who make a lot of money can do. I don’t think it’s right.

“The City also needs to make an effort to help working people find housing. A lot of people cannot buy a home because they are too expensive. In my day you could buy a home with $500 to $1,000 down. Now you’ve got to have $20,000 or more and you have to have two people working.
“The people, they are moving out to Richmond or San Pablo since they cannot afford to live in Berkeley. I’m talking about the working folks. There should be some kind of plan so that if someone is working they can have an opportunity to buy an affordable home.”

“Who holds all the political power in this city?” Murillo asked. “What is the ethnic group, the class of the people who control things? They are the ones that get the inside information, the benefits. The average person doesn’t know what’s going on. They pay the taxes, even though they say it’s not going their way.

“You take, for instance, the money spent on Telegraph Avenue. But look at the rest of the city where people are staying they want to have their sidewalks repaired. A lot of local taxes continue to increase. Berkeley is an expensive place to live. And, you know, the working people are getting fed up with that. They just need to get organized.” 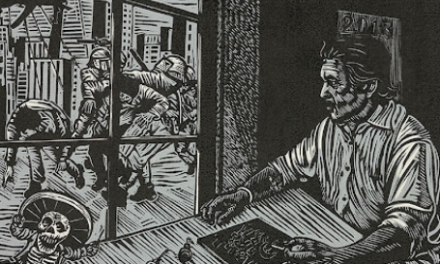 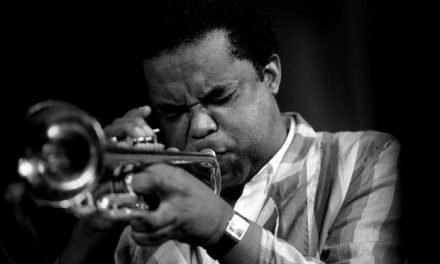 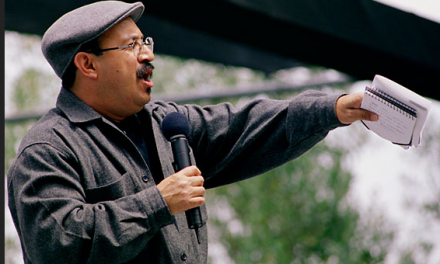