This bankruptcy, and all the things connected to it, has taken a toll. It is not just the papers, though that is a torturous process…. It is all that led to it, all the work and manipulation of ego, all the games and deceits, the charades and compromises, all the lies — all for nothing. Then there is the little matter of lost time — all the time that was wasted, time spent in garages and cellars and basements, time spent as a traveling salesman, knocking on doors answered by people in their underwear watching t.v. — time lost while my children grew up — a lifetime and more spent on a barstool, on a street corner, in the bathroom, all the time and money (and money is the measure of everything now, including time) — the loss of all of this and more has taken a very serious toll on my wife and I: neither of us have been able to sleep for several weeks and feel that our creditors, our attorneys, and those who have deliberately ignored us (for reasons still unknown) — all of them have received much more than a pound of flesh but want — no demand — more. And we still don’t understand why . . .

On the surface, it appears like a simple transaction, a signing of papers, a formality. Then there are the threats and the unknowns added to what has already been lost. It is something like the Chinese water torture, that single drop on the forehead every minute or so, for hours, days, weeks, months and years. It is the dread of the next drop that weakens you. There is no proportion in the world, no pleasure, no sky, no sea, no forests or trees. The smiles of our children seem an illusion as we wait for that next drop to fall. It would be tolerable if we knew for certain when the whole thing would end. But this is the North American legal system, or more to the point, the capitalist system, and there is no end in sight. This system, touted as the best in the world, yet more and more Kafka-like — in fact, Kafka’ s tale is a mild one shadowed by irrational bureaucrats hiding unspoken charges, whereas here in the belly of the beast, in North America during a period when the nation and the world is emerging from the darkest century in history, emerging not as a newborn babe from the mother’s womb but as a corpse from a tomb, from a casket of oppression, defiled and rotten, flesh peeling from bare bones, the heart preserved in a bottle of formaldehyde — now at this time, we or it is emerging, and there will be what? A celebration! Everything, all the treachery, has been painted over with the brightest of colors, with wonderful graphics and special effects — a Hollywood movie. This charade, this circus broadcast from satellites worldwide — this is why I suggest that THIS period is so much more wicked than others (though suffering is always the same). It is the ease with which things stay the same yet grow worse — it is the power of the few to deceive the many into plugging into nihilism, hooks pierced through ones genitals, a micro-thin link with digital sound and one hundred billion gigabytes linking genitals to ego, ego measured in pounds and dollars, the ultimate 3D cyber game, whose very purpose remains a mystery to all those but the producers.

Forgive me for this harangue which on the surface appears quite meaningless I would imagine — all I really meant to say is that I, like everyone else, am constantly battling the demons that surround us all — but I am not so much frightened by the demons as I am by those who cannot see them, who are under their spell — it is the GOOD people that frighten me because it is they who turn away, who do not see, hypnotized not by the official broadcasts of big brother, not by threats and armed men (though they lay in wait just in case) but by their own ambition and greed, their fantasies and other techniques discovered and perfected to pass the time and deceive themselves into believing what they know ain’t so. They are the ones who think we are lunatics (a description I proudly accept) yet are transfixed by a system that will slowly turn them over, compost in the dirt. Meanwhile, as I lay in my bed at night, I am awakened by a floorboard that pops, footsteps outside my window, an automobile rolling down the street, a jet plane ten thousand feet above: I am awakened by memories of things I have done, all regrets; but the thing that lifts me from my covers and opens my eyes so I can see in the dark is the knowledge — or perhaps the fear — that another drop is about to fall. So I too have fallen victim to the game.

In the morning I am shaky, anxious, easily rattled, wanting to disappear, to blend in for a day, to be invisible. There is so much time yet I can do nothing and wander about walking in circles, climbing the stairs, smoking a cigarette, drinking wine or whiskey, reading but not comprehending, staring off into space filled with machines and high tech trash.

But I can write you today — there has not been a drop for a while now …not for quite some time. I don’t wear a watch or keep a calendar, but I would guess it has been at least 20 hours since the last one. I know better than to believe it is over. December 1 is the date they set on their calendar to decide my economic fate, but there is no date set that tells me when we will be released. That is the true beauty of torture, a brilliant creation that on one level (as an artist) I can’t help but admire . . . 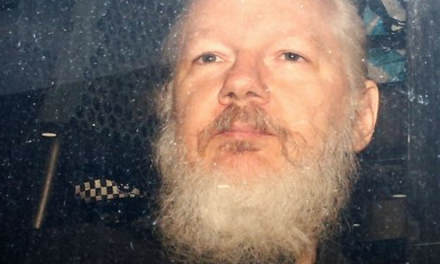 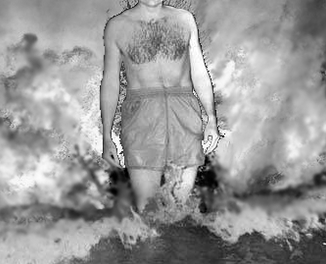 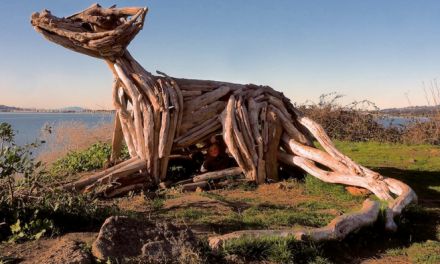