Everybody is talking about clean energy these days, but most of the attention is focused on alternative energy, such as solar, wind, geothermal, or other solutions like ethanol, biodiesel, hydrogen. And because of global warming, there is a big push on to resurrect the nuclear option because nuclear power plants do not emit carbon dioxide, which is the major global warming gas.

With all this focus on these new technologies and energy source, a lot of people seem to have forgotten the cheapest, easiest, simplest, quickest source of energy: CONSERVATION. The amount of energy we waste far exceeds what we can ever create in the near future from all the other solutions, wonderful as some of them are.

In a recent article on solar energy, a homeowner in the San Francisco area was quoted as saying that because her electric bill was over $300 a month she was considering going solar. But before she even thinks about solar, she should figure out how in the world she can possibly be wasting that much electricity. For electricity alone, she’s paying almost TWICE as the average TOTAL American utility bill of $1,900—and as you’ll soon see, the average bill is way too high in the first place.

Most homes could cut their energy use—and their bills in half, without spending any money at all. “Preposterous,” I can already hear people say. “No way.”

Here’s how you can save and why:

Heating is 30% of the average home-energy cost. Each degree you turn the heat down can save 1 to 3% on heating, depending on your system. So just turning the heat down down from 78 to 68 can save up to 30% of your energy costs. Turning it down to 55 before you go to bed (perfectly comfortable) and when you’re not at home can save up to another 30%.

Cooling is 11% of the average home-energy cost. Each degree you cool down below 78 requires from 3 to 4% more energy. So just by letting the temperature rise 10 degrees, from 68 to 78, you can cut cooling costs as much as 40%.

Water heating accounts for 12%. By turning the water heater down to 120, using low-flow showerheads, taking short showers instead of baths, and washing clothes with cold water can cut these costs by 50%.

Lighting takes 12% of your home energy. Using fluorescent bulbs can cut this to only 4% of your total bill because fluorescents use only one-fourth to one-third as much energy.

Small and large appliances and refrigerators make up the rest of the typical home’s energy use. These can be cut by 50% by turning off all computers, printers, and monitors when not in use; shutting off all “standby” circuits at the power strip; keeping refrigerator coils clean; keeping the refrigerator at the recommended setting instead of colder; keeping freezer and refrigerator full (use jugs of water if needed); fully loading clothes and dishwashers instead of using them with half a load; not using power dry features on dishwashers, and drying clothes on a line or a clothes rack.

Notice that these measures cost NOTHING, except for the up-front cost of the fluorescent bulbs. Well, actually, the light bulbs cost LESS than nothing if you look at their long-term savings over incandescents. There are many other things such as insulating hot-water pipes, weatherstripping, fans, and window films that will save some more energy at minimal expense, and are worth the investment both for tenants and homeowners.

Then there are the more costly measures that only a homeower will be able to carry out, like installing solar panels. Among other improvements are installing additional insulation added and double-glazed windows. As older, less-efficient appliances die, they should be replaced by EPA Energy Star-approved models. Conventional water heaters should be replaced by tankless models, old furnaces by efficient models or heat pumps.

Also, the EPA and the Department of Energy have tons of valuable ideas on their Web sites. Take a look. It’s your tax dollars at work. 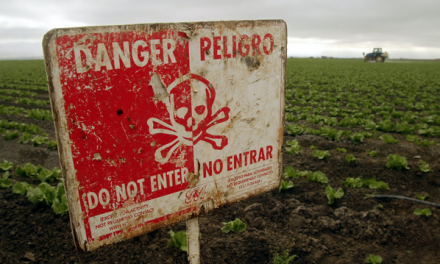 Homes use more pesticides than Farms 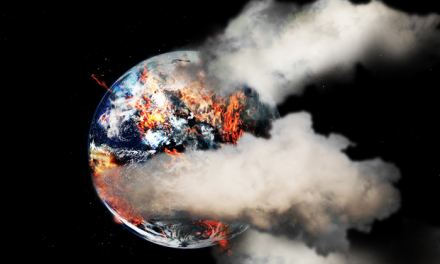